We see the most incredible things while we travel. We also meet the most incredible people on our travels. Sometimes our schedules keep us from traveling, but we love to be outside and see things so much that even a day trip is better for us than nothing at all.  Recently, we did just that.  Took a day trip to Lake of the Woods in Baudette, MN.  We have an old friend, Janet, who owns a marina and helps run a campground there. Baudette is also her home town. We stayed there earlier this year in our camper and decided to visit to see if there was a seasonal site we might be interested in. I’m always impressed with the level of generosity in people when we visit. The farming community is such a gracious bunch.  First we were introduced to Janet’s friend, DeDe, from high school.  She often visits the campground and says Janet shouldn’t drive the golf cart (apparently she’s a dangerous driver) so DeDe’s always the designated driver when she hangs out.  LOL

We visited with some other folks but it was a busy day because Janet, Jack (the campground owner) and a friendly neighbor, Craig, were loading sand from Janet’s dad’s old farm and hauling it to the campground.  It sounds so simple, but watching people make something like this happen is always inspiring to me.  People donate their trucks and trailers, the sand, and even their time to go make this happen, usually in exchange for something they need as well. One of the loads of sand was bound for a farm, where we were greeted by a black labrador puppy and friendly family farmers.

Coffee and homemade molasses cookies were on hand and pushed hard.  Haha The house filled with people who were there for one reason or another and everyone knew each other and had a story.  We learned that the Janet’s dad ate supper there every single night after his wife passed away, for 8 years until he needed to move to be closer to family.

When we were done enjoying homemade molasses cookies (OMGosh they were soooo good), we headed back to the campground to dump some more sand. 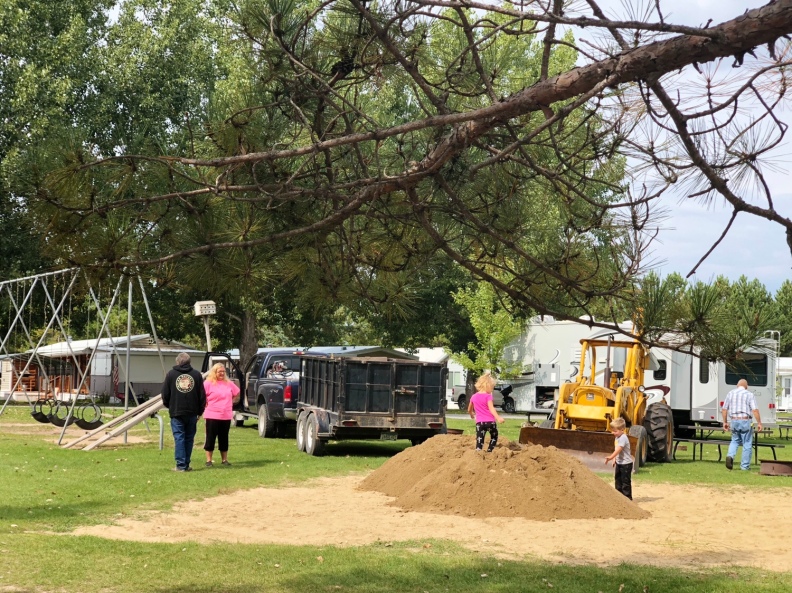 I think it’s important to remember to take time for yourself, even if it’s a shorter amount of time than you’d normally like.  We spend a lot of time planning our longer trips and taking those and forget that we can relax and unwind in a simple day trip.  We enjoyed every minute of this day.  And these views of sunsets on the way home are to too good to be true. 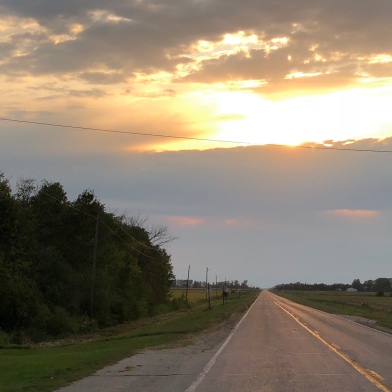 We are empty nesters in our mid-40's intending to make this next stage of our lives really count as we navigate through having an empty nest, being the best grandparents we can be and traveling the country in our camper. View all posts by emptynestantics

Doing life one taste at a time.

Adventure Awaits & The Time Is NOW!

A Journey of Reinvention and Discovery

One mile at a time

Opting Out of Normal

David and Keng on the Road

Redefining life after the fledglings have flown

Life after the kids are grown

RVing Fulltime with Tom and Ella

We don't roam much, but live full-time in our RV

It's time to rewire

...where the ladies are headstrong and the man is outnumbered.

From Michigan to Germany

A family from Michigan living abroad in Germany.

Where you can go to discuss your dreams...